There is an old Sussex tradition to the effect that: ‘Since William rose and Harold fell/There have been Earls of Arundel.’ Defined as by ‘‘far and away the principle social event on the South Coast this season’ the 1923 Arundel Historical Pageant was wholly aristocratic in its ethos. Its committee and litany of presidents and backers – including the Duchess of Yorkshire Countess of March, Lord and Lady Leconfield, Sir William and Lady Bird, Lady St Mawr, with the current thirty-sixth earl, the Duke of Norfolk as President – read like the features page of Tatler or a novel by Evelyn Waugh in which Lady Circumference appears as Mistress of the Robes. 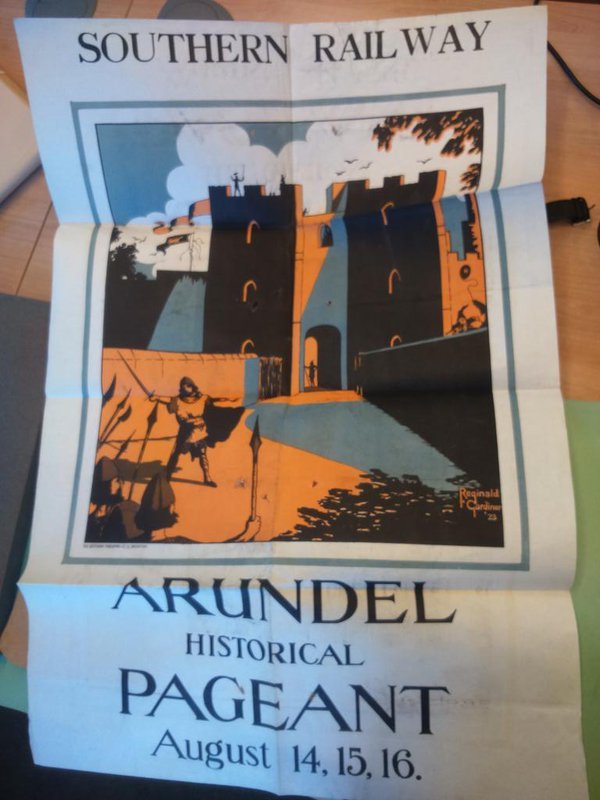 The Pageant sought, despite whatever concessions to charity were made, to cement this in a new era where ducal land was being slowly eaten up by land for London commuters. The final scene, where all thirty-five former Earls of Arundel (the thirty fifth’s widow was present) – made this unequivocally clear, as the Times reported: ‘In the middle, when all the representatives but one have appeared, there is left an empty space, and at the end this is filled by the present Duke of Norfolk, an attractive boy in hunting costume. In this boyish figure is the definite link with a tradition that goes back for more than a thousand years.’[1] The headline of the Daily Mail, ‘Boy Duke Acts with Labourers’, could not make clearer that the Pageant was a reassertion of feudal sovereignty within a community which no longer appeared to need it.

The site in the Castle held a great deal of the Pageant’s appeal. Unlike today, very few castles were available to the public, and the chance to view one so splendidly intact, if only from the grounds, proved a great pull. The Times devoted most of its report to the castle itself, which, it noted ‘resembles a pageant in that it is largely made up of reminiscences of so many famous ages of history. It has been so battered by one age and restored by the next that no one now could call it a perfect work of architectural art.’[2] As the reporter, breathless in more ways than one, remarked, the steep walk from the train station to the castle afforded one both a view and heightened expectations, as a good walk aroused an appetite: ‘Thoughts and fancy are awakened by the sight of the long, steep High-street of the ancient town of Arundel, rising to the brow of the hill, where it is crowned by its massive Castle, which is surpassed for grandeur of architecture and storied antiquity only by Windsor...By the time the audience had made their way up the hill and into the Castle grounds they were entitled to some reward. They certainly received it.’[3]

The lead-up to the Pageant was tremendous and all but ensured a great success. At one point the West Sussex Gazette, evidently chided by a more phlegmatic reader, had to make clear that ‘In commending the Pageant wholeheartedly to the support of all our readers in every county these columns can reach, we would like to make clear that in no way is the West Sussex Gazette connected to the Pageant officially. It is as patriotic outsiders only that we call attention to the fixture and solicit support for it.’[4]

The Pageant was itself fairly standard stuff, recounting the past greatness of the Earls, including a medieval fayre and a visit by Queen Elizabeth (which did not in fact occur at the castle but at the Arundels’ mansion in London). However, the audience was less interested in the drama of the Pageant (which was almost wholly absent from reports) than the overall spectacle aided by the place. As the Times remarked: ‘The master of the pageant can make a perfect pageant, but it takes perfect weather to make a successful one, and to-day Nature allied itself with art in the kindest way to give a good send-off to the Arundel Pageant.’[5] By all accounts, the weather throughout the Pageant was scorching, presumably making the steep walk up the hill to the castle an even greater challenge: ‘“The spectacle was excellent, the sun was brilliant and the crowd was huge – and so the three days of this historic Pageant was thrice blessed!”’[6] 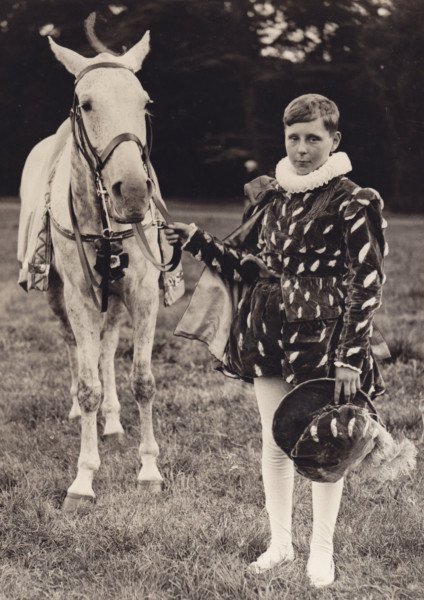 The Thirty-Sixth Earl of Arundel

From a financial aspect, the Pageant was an unmitigated success. From an expenditure of only £1260 (more than double that initially envisaged), the Pageant made £2089 in profit. Unlike many stately homes which became financially unviable during this period and were gifted or sold to the National Trust or other such body, Arundel Castle remained the seat of the Dukes of Norfolk. Nonetheless, the house opened intermittently when the family wasn’t in residence, opening more fully in 1947. After the thirty-sixth Earl’s death in 1975, the attempt to leave the house to the National Trust was suspended by the thirty-seventh Earl, and Arundel remains firmly in their hands, though open to the public between 25 March and 30 October.[7] The 1923 Arundel Historical Pageant showed that the aristocracy could be turned into a viable tourist attraction on its own terms.