Last weekend, the pageant team joined KCL students and historians in a tour of various pubs in along the Thames in East London, starting from Greenland Docks and heading towards Tower Bridge. To our surprise, we came across two surprising street names – Pageant Crescent and Pageant Steps – in the Borough of Rotherhithe. Of course, we had to get these 'ace' photos.

The obvious question for us was what Pageant did these street names refer to? Last December, I blogged about Pageant Master Court next to St. Paul’s, which was named after the Pageant Masters in the Lord Mayor’s Show. Whilst there was a Rotherhithe Church Pageant at the Town Hall in 1911, about a mile away, I discovered with some research that the street signs had nothing really to do with pageants. 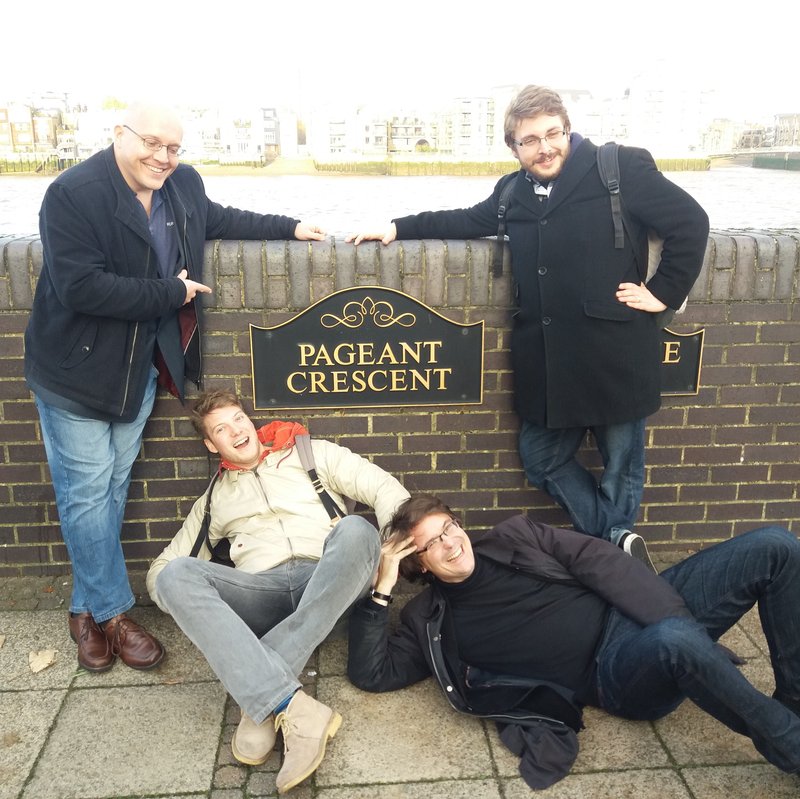 According to local historians, the name comes from the Pageant’s Wharf or The Pageants, which were old docks that had been known as that since at least the 1600s and was the site of a Victorian Fire Station. Whilst some believe this was named after a local pub, there is no evidence of one on or near the site.

What then did Pageant’s Wharf refer to? a ship, or perhaps the name of the owner? the site of a medieval pageant? As with a surprising number of things historians talk about, we’re just not that sure!