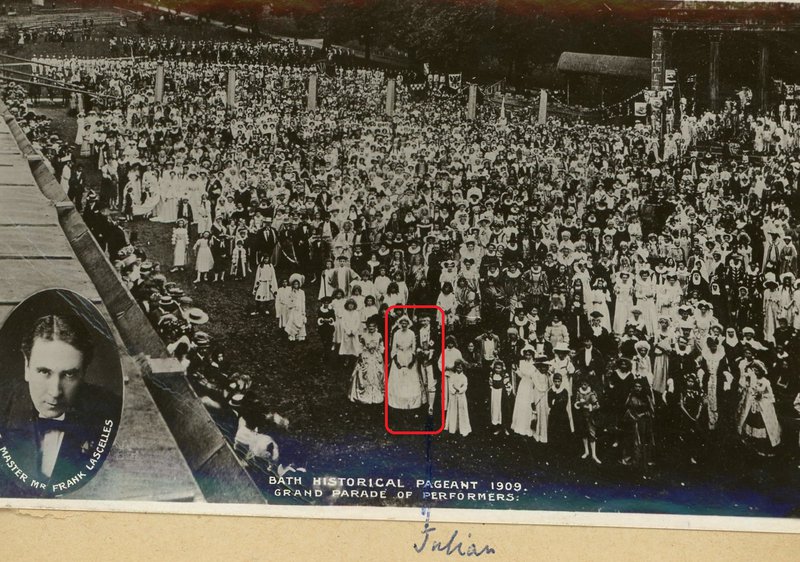 Julian Mockford in the Bath Pageant 1909 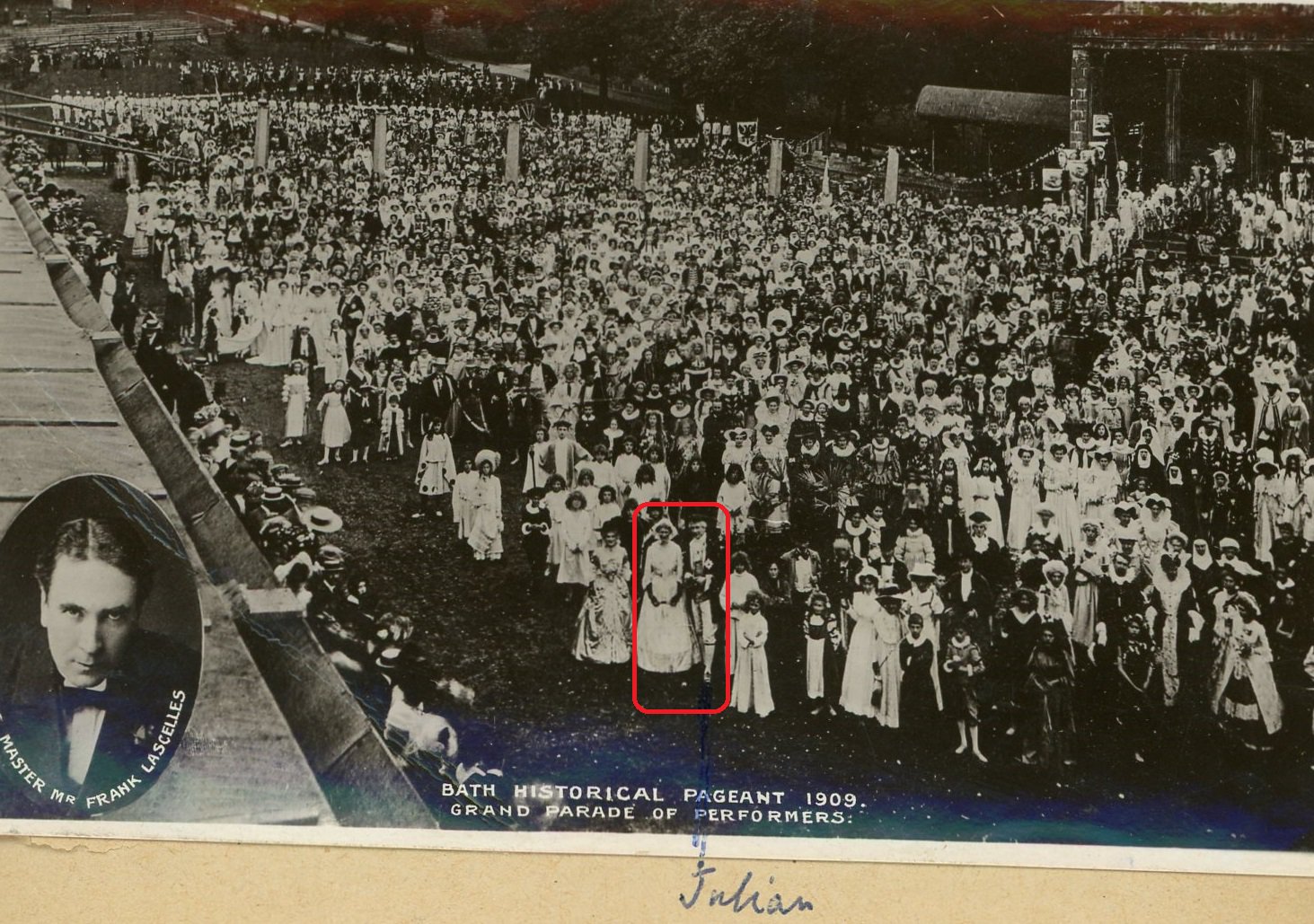 My grandfather A. Julian Mockford was a performer in the Bath Historical Pageant of 1909. My grandmother Frances Alford collected postcards of the event and annotated them with his name "Julian" and a line to his location in the group photos of Episode VII. The Glorious Time of Beau Nash and Ralph Allen, 1752. These photos include the Grand Parade and minuet dancing. Some photos also correspond to pages of the book produced by the pageant committee. This photo is of the 1909 Grand Parade of Performers with annotation at bottom, “Julian” and line marking the performers Julian Mockford and his dance partner, Miss Marriot. Their names appear in the credits with performers listed for Minuet on page 123 of The Store of Our Pageant. Note insert photo at left of Mr. Frank Lascelles, Esq. Master of the Pageant. The pageant took place July 19 -24, 1909. My grandfather proposed to my grandmother in October 1909 and they were married at Minehead in April 1913 and then sailed for Toronto soon afterwards. They spent a decade in Canada before moving to the United States where they eventually resided in Oregon City and were naturalized as U.S. citizens in 1940.