The Thirsk Historical Play of 1907

Historical pageants featuring thousands of performers and spectators – costume drama on a grand scale – were a prominent feature of Edwardian civic life. But the period was also noted for smaller pageants, or ‘pageant plays’, and this month’s featured pageant is one example. In 1907, the same year as the large-scale pageants in Oxford, Liverpool, St Albans and Bury St Edmunds, there was an outdoor pageant in the small town of Thirsk, in the North Riding of Yorkshire. The Thirsk Historical Play was performed in the grounds of Thirsk Hall in June. There was an afternoon performance on Tuesday 25th, and two performances, one in the afternoon and one in the evening, on the following day. Although much smaller than the large-scale pageants of the same year – there were only 213 named performers – Thirsk also had a grandstand, published a book of words, and raised a significant sum of money. Special reduced fares were available from any station in Yorkshire, and special trains were run by the North Eastern Company on both days. The size of the grandstand and capacity of the pageant ground are not known, but according to the local press, attendances were very good, indeed close to capacity. 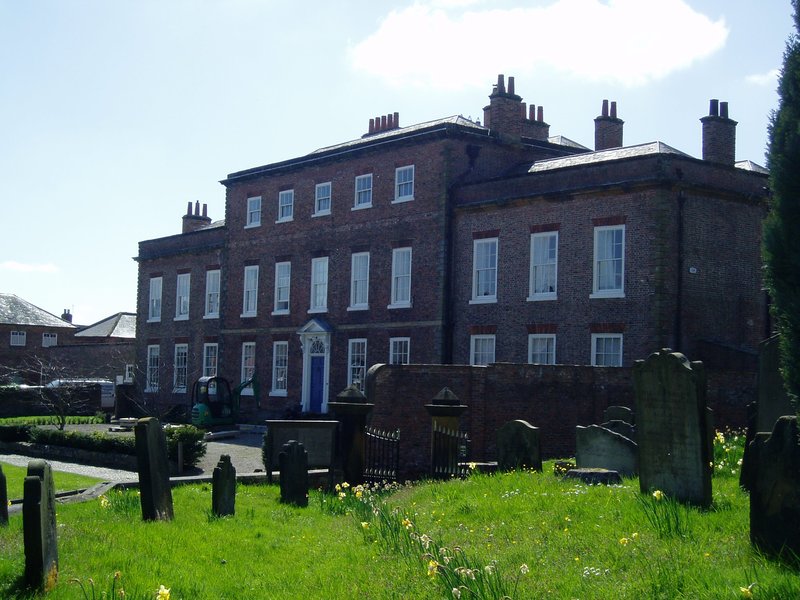 Thirsk Hall - the pageant took place in the grounds

The aim of the pageant was to raise funds to increase the amount of insurance on Thirsk Parish Church. A disastrous fire at Selby Abbey in October 1906 had made the churchwardens at Thirsk nervous about under-insurance: according to an architect, the church at Thirsk should be insured for £16,000, but at this stage the sum was only £6,000. Together with funds raised elsewhere, a pageant would help to increase the sum insured to £14,000. Although there is no specific information about the receipts, we know that the Thirsk Historical Play was financially successful. 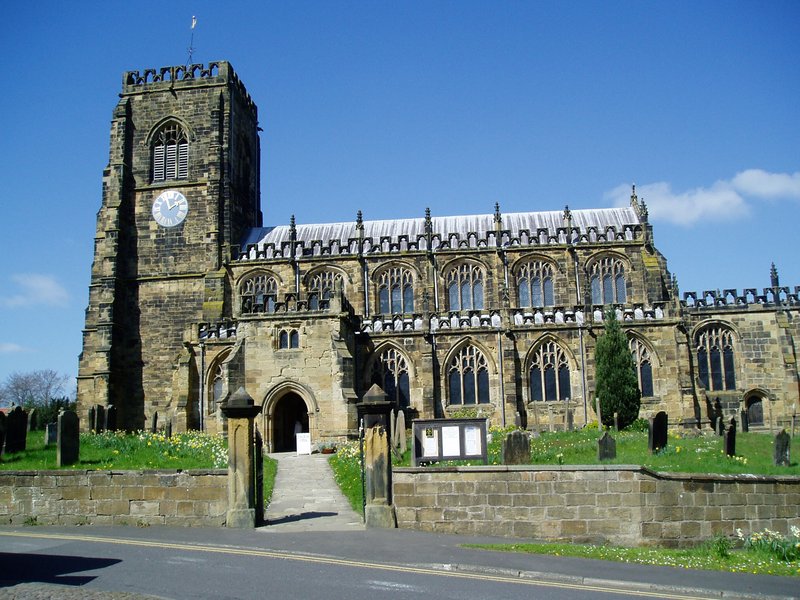 The Church - beneficiary of the pageant profits

The pageant presented seven scenes from local history. Scene I depicted the conversion of a group of pagan Norsemen by the Christian missionary Felix in the seventh century, and scene II was set at the time of the Domesday survey, in 1087. The crowd was then treated to a scene set in the castle grounds itself, where the pageant was taking place: discussions between the lord of Thirsk castle Roger de Mowbray and others prior to the Battle of the Standard in 1138, which was fought against the Scots near Northallerton. This episode was lightened by a little flirtation between Mowbray and his lover, Adeliza, whom he later married. A group of twelftth-century soldiers sang ‘Men of England’, an adaptation of ‘Men of Harlech’, and a minstrel sang Arthur Conan Doyle’s ‘Song of the Bow’.

Roger de Mowbray, now in his 50s, and his wife also featured in episode IV, which depicted the aftermath of the rebellion against Henry II in 1174. The failure of the revolt resulted in the destruction of Thirsk castle. Scenes V and VI were both set in 1489, where a long comic scene set in the town’s market ended with the killing by an angry crowd of Henry Percy, fourth earl of Northumberland, which was traditionally thought to have been at Thirsk, in response to the imposition of high taxes to fund Henry VII’s wars in France. Finally, scene VII portrayed reaction in Thirsk to the defeat of the Spanish Armada in 1588. Many, if not most, Edwardian pageants ended with an Elizabethan episode, and Thirsk was no exception. It had originally been intended to include a scene depicting the ‘humours and excitements’ of a mid-nineteenth-century election, but this did not materialise, perhaps because it was too potentially controversial. 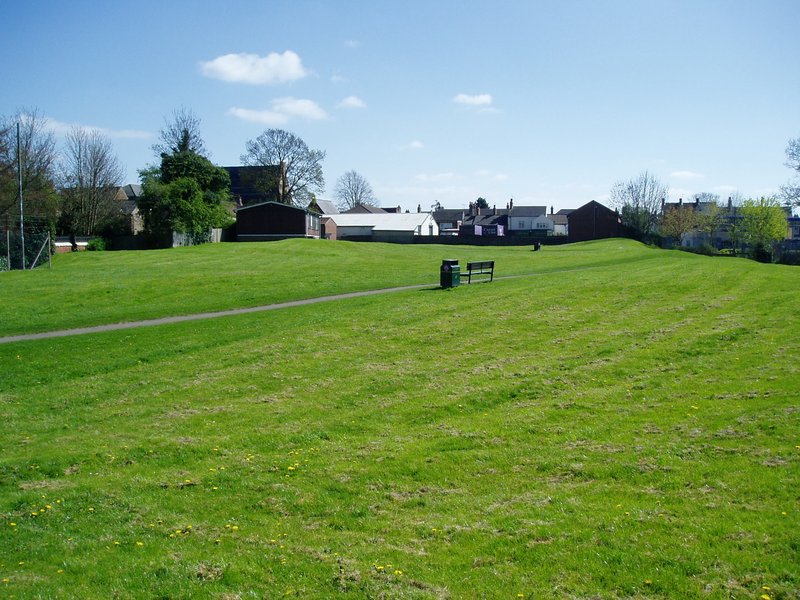 The script of the play was written by F. L. Perkins, the vicar of Thirsk. Like many who wrote pageants in this period, Perkins was concerned to emphasise the role of his town in the national story. He noted that ‘[t]he history of Thirsk provides ample theme for pageantry and play ... From pre-Roman times Thirsk has been a town of importance, playing its part in county affairs, and helping largely in incidents that have been of national import and contributing to the country’s history.’

Perkins’s script was adapted for the stage by D’Arcy Ferrars, who was styled ‘master of the play’ – a similar title to the more common ‘pageant-master’. Ferrars had a long experience of managing festivals, going back to the 1880s. Born in Bath in 1855, Ferrars’s early career was a a musician, and he was perhaps best known as a promoter of morris dancing, folk arts and old English sports. Ferrars had produced the Ripon Millenary Festival in 1886, celebrating what was supposed to be the 1,000th anniversary of the Yorkshire town’s charter. The self-styled ‘Master of ye Revels’ oversaw what was variously known as a ‘festival’ and an ‘old English pageant’; he was also involved in repeat festivals in the town in 1896 and 1906. At Thirsk in 1907, there were ‘old time dances’ in the intervals between the scenes, which probably reflect Ferrars’s involvement and influence.

In 1907 Ferrars was heavily occupied with organising the Liverpool pageant, which was, unsurprisingly, on a much larger scale than the Thirsk Historical Play. It was difficult for the over-committed Ferrars to give enough time to Thirsk, and in the end he made only three weekend visits. One local reporter remembered that ‘[t]he carelessness that characterised the early stages of preparation is illustrated by the fact that on one occasion when he [Ferrars] had come from Liverpool to superintend the rehearsal of a scene only two of its personnel were present in addition to the principals.’ With only a fortnight to go, a local man, Gilbert Hudson, was drafted in to organise the rehearsals. The son of the York diocesan registrar, Hudson apparently worked very hard and successfully with the ‘inexperienced material’ that comprised the cast, and was rewarded with joint billing as ‘master of the play’, with Ferrars, in the printed book of words. At the end of the evening performance on Wednesday 26th June, which was scheduled to be the last, Hudson was presented with a case of pipes and a silver match box, for which the performers had contributed. Although Hudson thanked Ferrars in his speech, Ferrars later admitted that the success of the pageant was down to Hudson. Asked to compare Thirsk with other pageants, Ferrars ‘said that Thirsk compared very favourably with its rivals’, but ‘avoided comparison’ with Ripon, noting that ‘Ripon had been doing this sort of thing for 20 years, and when they had no big festival they were doing something in a smaller way’.

One feature of the Thirsk ‘historical play’ was the speed with which it was organised; this was commented upon in the local press and the published book of words. The first public meeting in connection with the play was on 16 February 1907, and little was actually done until April. A handbill was circulated after the February meeting, advertising for performers to appear in the pageant: at this stage these would include ‘British voters’ for the un-performed election scene. It seems that there was some local scepticism about the likely success of a pageant at Thirsk, but press reports suggest that it did not disappoint. There is a selection of press cuttings at Thirsk Museum, all of which emphasise the impressive results that could be obtained in a short space of time with amateur performers. Rather patronisingly, Ferrars told the Darlington and Stockton Times that

I think it is perfectly marvellous, considering these people are tradesmen with no opportunity or time or training at this kind of thing, that they should go on and do so well as they have. In a town of this size what chance have they of trying any dramatic work? You haven’t even a good assembly room, let alone a theatre. There is not a hall that will hold a £10 house. I think it is perfectly marvellous.

The standard of performance varied, but it was laced with humour and interventions in the local dialect which kept the spectators amused. The market scenes of 1489 were particularly notable for this, it seems.

As noted above, at the end of the Wednesday evening performance of the pageant, there was a presentation to Gilbert Hudson. This was not the last performance, however, as an additional one was subsequently arranged, at a reduced admission price of 6d., to raise funds for a new cricket pavilion. The rearranged performance was scheduled for the Saturday following the pageant, but bad weather caused its postponement until the following Wednesday, when again two performances were eventually given. This time the pageant closed with a torchlit procession through the streets of Thirsk and neighbouring Sowerby, with the pageanteers in their full costumes. This ended with speeches and the national anthem, before the crowd dispersed. 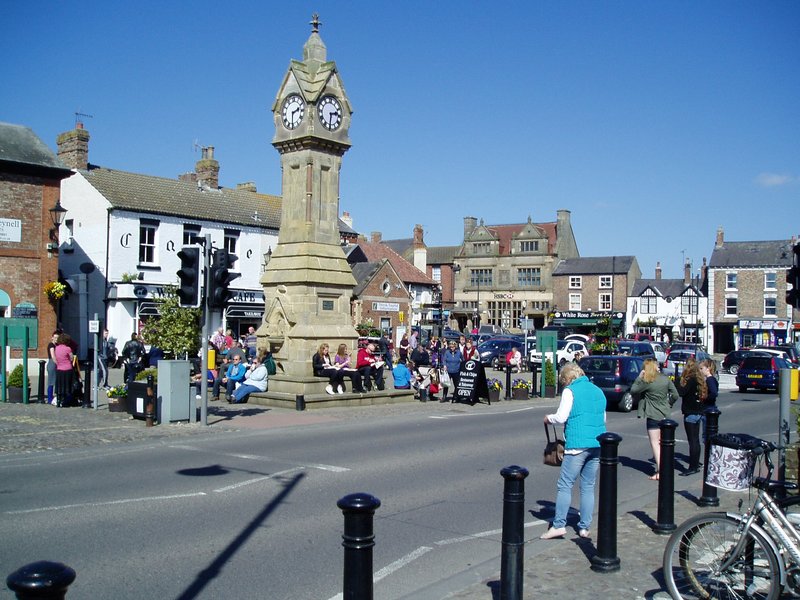 Following the final performance, there was a torchlit procession through the marketplace

The Thirsk Historical Play was an early example of ‘pageant fever’ in the north, and although it was on a relatively small scale, it is notable for having involved some important figures in historical pageantry. D’Arcy Ferrars went on to produce a pageant at Worsley, near Manchester, in 1914, and was involved, along with Cecil Sharp, in the revival of sword dancing in the Edwardian period. Gilbert Hudson went on to be pageant-master in Pickering in 1910 and Scarborough in 1912. Scarborough will feature as a future ‘pageant of the month’. F. L. Perkins’s script was used again, with some modifications, in another performance of the Thirsk Historical Play in 1933. The 1907 play was not the first historical pageant in Yorkshire, but wide coverage in the local and regional press appears to have stimulated many efforts elsewhere. It marked the beginning of ‘pageant fever’ in the county.

All photos taken by Mark Freeman