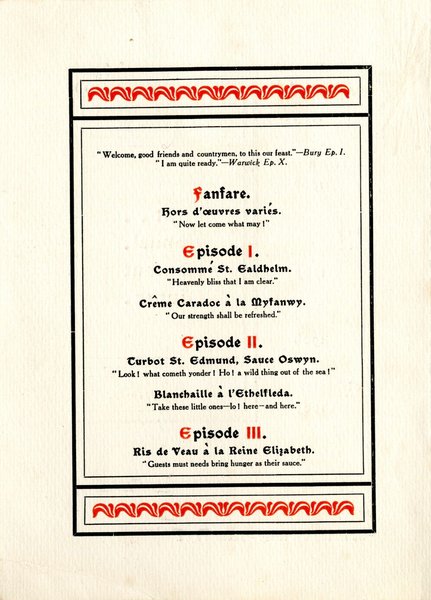 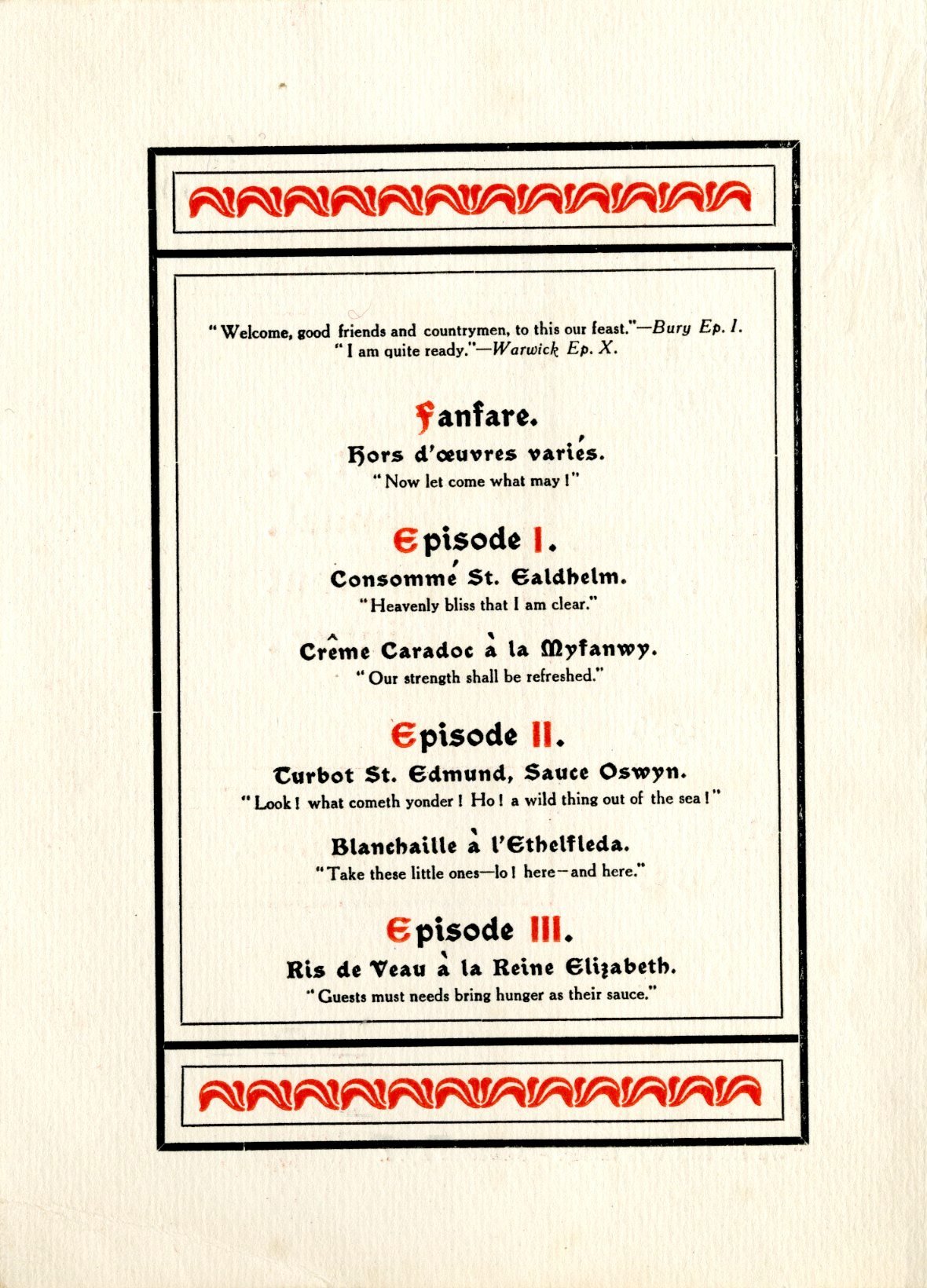 The First Annual Pageant Dinner was held in 1907 to celebrate the successes of the new form of community theatre invented by Louis Napoleon Paker just two years earlier. The dinner took place at the famous, fabulous, and fashionable "Restaurant Frascati" on Oxford Street, in the middle of London. Over 100 people attended - mostly those who had been involved in the Sherborne (1905), Warwick (1906), and Bury St Edmunds (1907) pageants, as well as eager actors gearing up for the upcoming Dover Pageant. With dishes like Tournedos Samson and Boadicea Bombe, the menu humorously combined important historical characters from Parker's pageants with classic Escoffier French dishes. The Dover Express described how "Old Pageant friendships" were renewed, "new Pageant friendships" made, "old triumphs" discussed, and "old misfortunes" laughed at. "Pageant towns" were linked "together in one common interest and enthusiasm." The toast of “Pageantry” was proposed by “St. Ealdhelm,” and responded to by “St Edmund,” who gave some laughable reminiscences of “murmurings from the megaphone.” “Abbot Samson” also spoke, as did Baron de Belabre for Dover. Parker, the true father of pageantry, proposed “Pageants, past and future."

By permission of the Sherborne Museum, who retain all copyright.