Chloe Ratcliffe, our King's Undergraduate Research Fellow who is working for the project over the summer, writes about her experience of archival research and the importance of history in local communities.

For the last three weeks I have been spending more time than I thought humanly possible in archives across the south of England, immersing myself in the world of historical pageantry and eavesdropping on many conversations about finding out family history, or tracking down the history of sentimental buildings. Working on this project has been all-consuming, and I’ve even found myself thinking about broad questions of the place of pageantry within community identity, and the benefits and hindrances of Britain’s thriving ‘heritage industry’ whilst brushing my teeth. We live currently in a society where everyone and their grandmother is signed up to a genealogical website, the National Trust have the second largest membership of any organisation in the UK, and Lucy Worsley is on BBC One at least twice a week. This new ability to take ownership of what you perceive to be ‘your’ history has not only created a fascination with the past but also demonstrated how malleable notions of identity can be – you only have to watch one crying celebrity on ‘Who Do You Think You Are?’ to understand how a small archival discovery can bring entire perceptions of family crashing down.

More often than not, from the pageants I have looked at in my time on the project, the writers are local historians – striving to fairly portray their towns. The strength of community lies at the core of pageants and thus the community’s identity is infused throughout the episodes which are performed. In this instance, it is unsurprising that many writers did not shy away from the presentation of mythical events in the pageants, as they are as crucial to the way the town’s identity was formed and how the townspeople conceptualise themselves. An example of this is an episode depicting the defence of Farnham against the Danes in A.D. 893 during the Farnham Pageant of 1988. The Programme asks the audience to suspend their disbelief and enjoy the license of the Pageant Master as he takes the opportunity to depict the strength of Farnham women in defending their homes and laying the foundations of independence ‘for which certain Farnham ladies, through the ages, have been renown’. 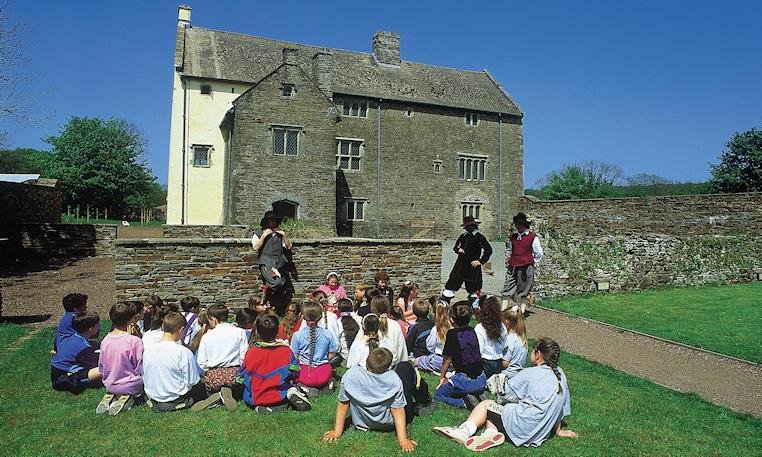 Jerome de Groot writes that history is both taught and experienced, and I find this applicable to my time spent as a ‘historical interpreter’ (far too generous a title) at Llancaiach Fawr Manor House in South Wales. At the time, as a casual by-stander to the academic practise of history, this immersive experience was just as effective as picking up a book or watching a documentary. The people I was working alongside were an eclectic mixture; some were part-time actors, who after stints on Holby City found their calling as a Colonel Pritchard’s houseman, and the rest were hobby historians. Surprisingly, it was the former who took their roles the most seriously, ensuring they spoke in 17th century English the entire time, and not daring to break character. However, the historians took this interactive opportunity as the prime location to further their own research – such as the woman in the role as house cook, who was writing a book on British gastronomical history. 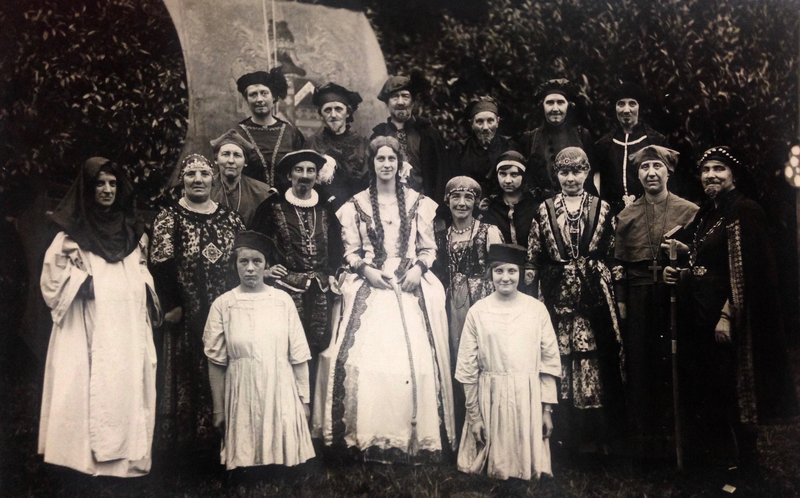 The educational value of pageantry has been deliberated over by people far more qualified than me, but something I found particularly interesting, when I was taking breaks from swan-watching in the Bedford archives, were the educational endeavours of the Bedfordshire Women’s Institute in their pageant of 1931. During the preparation for ‘The Masque of the Lady Margaret’, which focused specifically on the life on Margaret Beaufort, the WI aimed to bring the element of historical learning beyond the pageant and blur the boundaries between spectacle and seminar. In correspondence, the Art Sub-Committee deliberated over the creation of study groups for those interested in particular periods in Margaret Beaufort’s life, and the viability of concurrent lectures on the lives of the home life of the people, dress, customs, pastimes and education of the period.  The sense of community learning and opportunity for public reflection was just as important as showcasing the life of one of Bedford’s strongest women.

Working on this project has given me renewed faith in the value of my chosen discipline and enhanced how I see its public role.  This is particularly important as someone who would like to pursue a career in learning within museums before going on to postgraduate study. I’m looking forward to the next two weeks of my Fellowship, as I’m sure I’ll be faced with more ideas and approaches to the questions which have been pervading me – such as how to portray history to the public, how to find a balance between educating and entertaining, and how to effectively immerse your audience in the history you are disseminating.