On Sunday 4 September I and several thousand others witnessed a spectacular fire in the middle of the river Thames between Waterloo and Blackfriars bridges. Organised by the Artichoke Company and created by the ‘burn artist’ David Best, this event marked the 350th anniversary of the Great Fire of London. 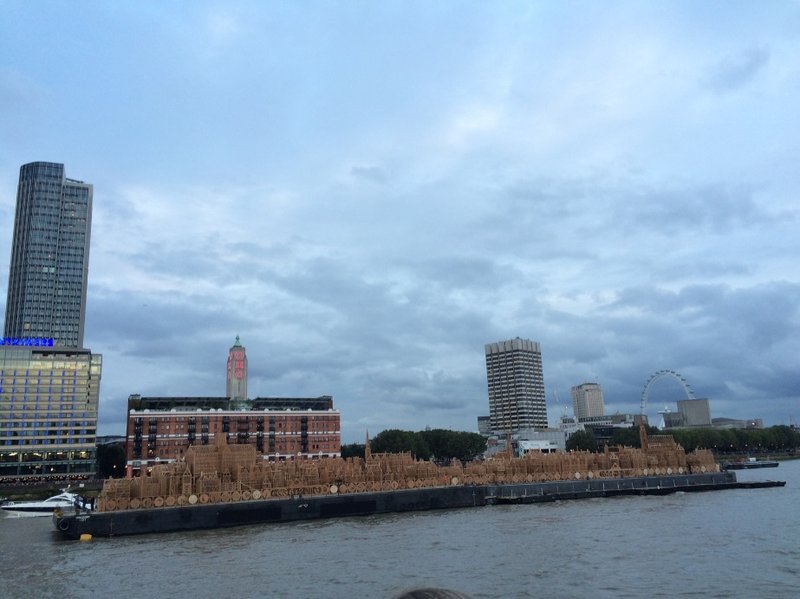 Above: David Best’s representation of London in 1666, ready to be set alight

The project was the culmination of a number of events and exhibitions to mark the anniversary, including the ‘fire garden’ outside the Tate Modern on the South Bank.

Best – most famous for his work at the ‘Burning Man’ festivals – created, with the help of a large group of volunteers, a wooden replica of seventeenth-century London, which was then burned at 8.30pm, with live coverage shown on the television (link available to 30 September 2016) and internet.

The structure was not an exact replica of London in 1666, but contained some identifiable features. It was built under Best’s direction by groups of children and young people, many of whom learned valuable skills as well as gaining historical knowledge about the Great Fire. In this respect at least, the event resembled the historical pageants that we study, involving large numbers of volunteers under professional direction – and also serving a public educational function. 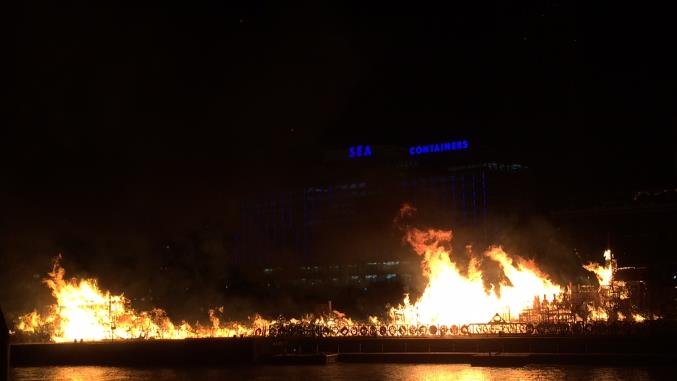 Above: The London 1666 structure on fire

This led me to wonder if the Great Fire featured in any historical pageants. So I had a look in our growing database, but couldn’t find a single example. It would, of course, be very difficult to stage the Great Fire, but the lack of even a mention is quite striking. Few pageants were staged in the middle of London – and the suburban pageants such as those at Walthamstow and Barking tended to focus on their locality and to emphasise their separateness and distinctiveness from London.

But if anyone has an example of the Great Fire featuring in a pageant, we would love to hear from you! 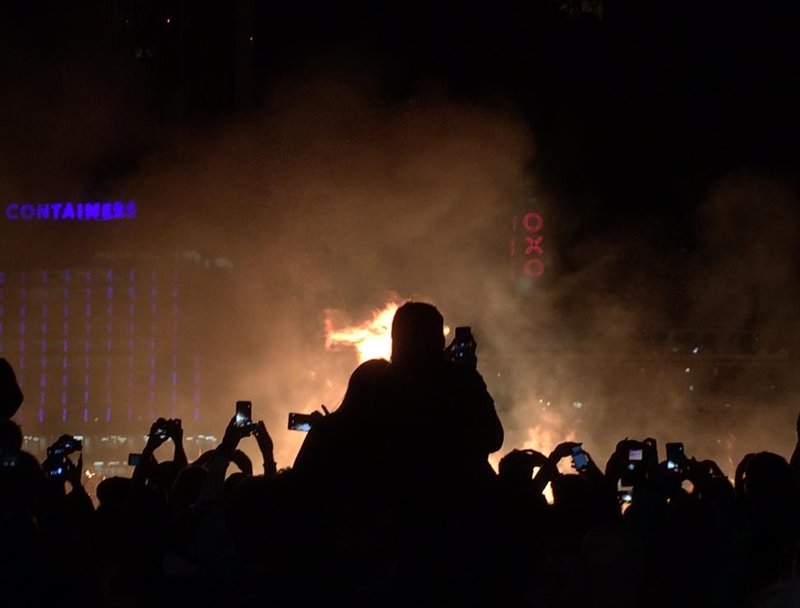 Above: Appreciative crowds watching, photographing and filming the blaze